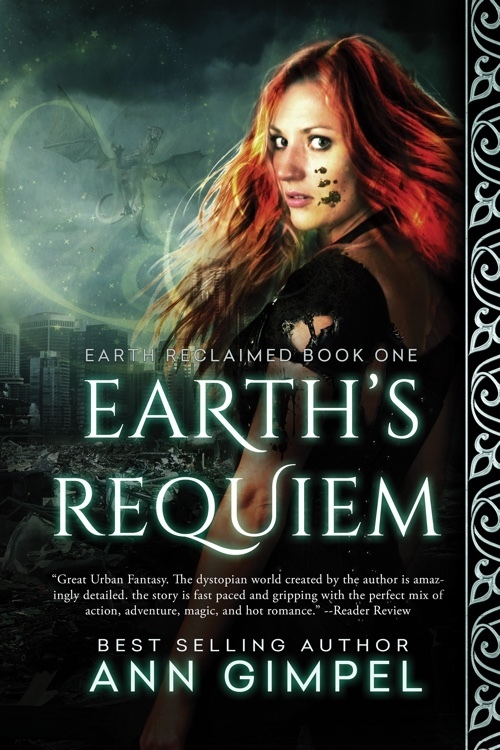 Resilient, kickass, and determined, Aislinn's walled herself off from anything that might make her feel again. Until a wolf picks her for a bondmate, and a Celtic god rises out of legend to claim her for his own.

Aislinn Lenear lost her anthropologist father high in the Bolivian Andes. Her mother, crazy with grief that muted her magic, was marched into a radioactive vortex by dark creatures and killed. Three years later, stripped of every illusion that ever comforted her, twenty-two year old Aislinn is one resilient, kickass woman with a take no prisoners attitude. In a world turned upside down, where virtually nothing familiar is left, she’s conscripted to fight the dark gods responsible for her father’s death. Battling evil on her own terms, Aislinn walls herself off from anything that might make her feel again in this compelling dystopian urban fantasy.

Fionn MacCumhaill, Celtic god of wisdom, protection, and divination has been laying low since the dark gods stormed Earth. He and his fellow Celts decided to wait them out. After all, three years is nothing compared to their long lives. On a clear winter day, Aislinn walks into his life and suddenly all bets are off. Awed by her courage, he stakes his claim to her and to an Earth he's willing to fight for.

Aislinn’s not so easily convinced. Fionn’s one gorgeous man, but she has a world to save. Emotional entanglements will only get in her way. Letting a wolf into her life was hard. Letting love in may well prove impossible.