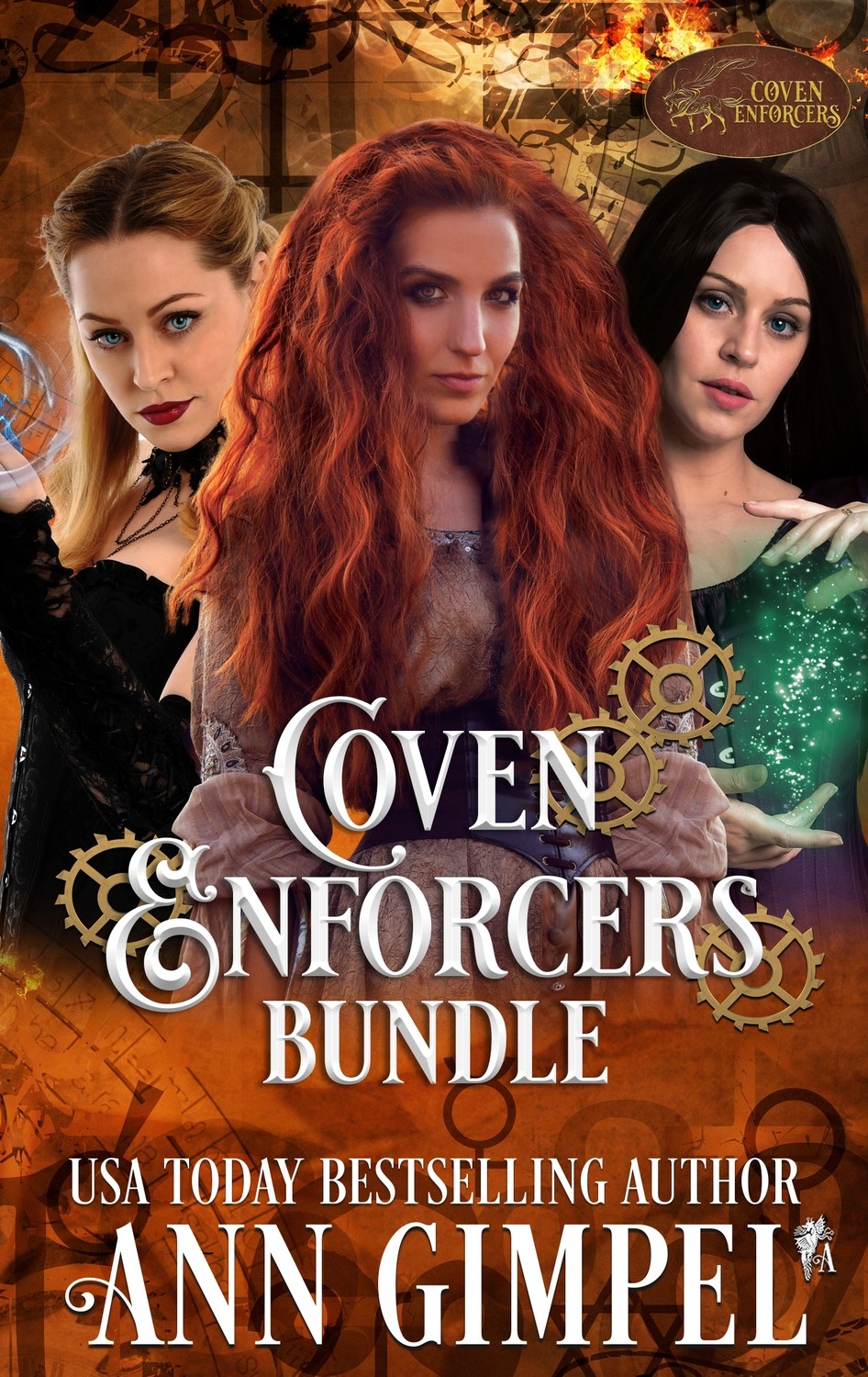 These books are also available for individual sale.

Abigail Ruskin is chaperoning a spoiled twelve-year-old from New York to her parents’ home in Utah Territory when Luke gets on their stagecoach in Colorado. A powerful witch herself, Abigail senses Luke’s magic, but has no idea what he’s doing on her stagecoach. Stuck between the petulant child and Luke’s raw sexual energy, Abigail can’t wait for the trip to end.

Unpleasant truths surface about the child. While Abigail’s struggling with those, wraiths, wolves, and dark mages launch an attack. Luke’s so attracted to Abigail, she’s almost all he can think about, but he’s leery too. The child is just plain evil. Is Abigail in league with her? It might explain the odd attack that took out their driver and one of their horses. In over his head, he summons enforcer backup.

Will they help him save the woman he’s falling in love with, or demand her immediate execution?

Joshua committed his life to fighting Black Magick. Not sure who he hates worse, dark sorcerers or the clerics who tortured and mutilated his family, he lives on the road with his horse and his magic, working as a Coven enforcer. Breana Giraud is the only woman he’s ever loved, and until very recently she was married to someone else.

Breana’s husband, Don, sold his soul to the devil, embracing dark practices. Along the way, he corrupted their daughter. While Breana could’ve turned him in to Coven justice without a second thought, she couldn’t bring herself to implicate her child. Still reeling from her daughter’s death at the hands of evil, and grateful her husband met the vicious end he deserved, she feels broken, damaged. The last thing on her mind is falling in love.

Joshua tries to hold back, give Breana room to mourn her losses, but if he has his way, she’ll become his wife. With Don dead, and the path to his heart’s true love finally clear, he’ll do anything he can to make her his. Even if it means fighting his way past the dark mages’ leader, who wants her for his own.

Not all witches join the Coven. Fiercely independent, Isla heads up her own small band in the San Francisco area. She’s never needed help before, but dark sorcerers drive her and her group into hiding, trapping them.

Sam’s worked for the Coven as one of their enforcers forever. He’s been there so long, the Coven is the only mistress he knows. It’s a lonely life on the road thwarting wickedness and Black Magick with his guns, his magic, and his horse, but it’s been enough to satisfy him. Until now.

A group of witches is in deep trouble. They’re not part of the Coven, but Sam is sworn to protect all witches and he rides to their assistance with several of his brothers. Nothing prepares him for the outspoken spitfire who ends up riding double with him. She’s forthright, opinionated, and downright hostile, but he’s drawn to her self-sufficiency—and her undeniable beauty. Soon, Isla is all he can think about.

Dark forces are on the move. Protecting the woman he’s falling in love with is at the very top of Sam’s list. If they manage to survive, he’ll tame her. Claim her. Make her his.